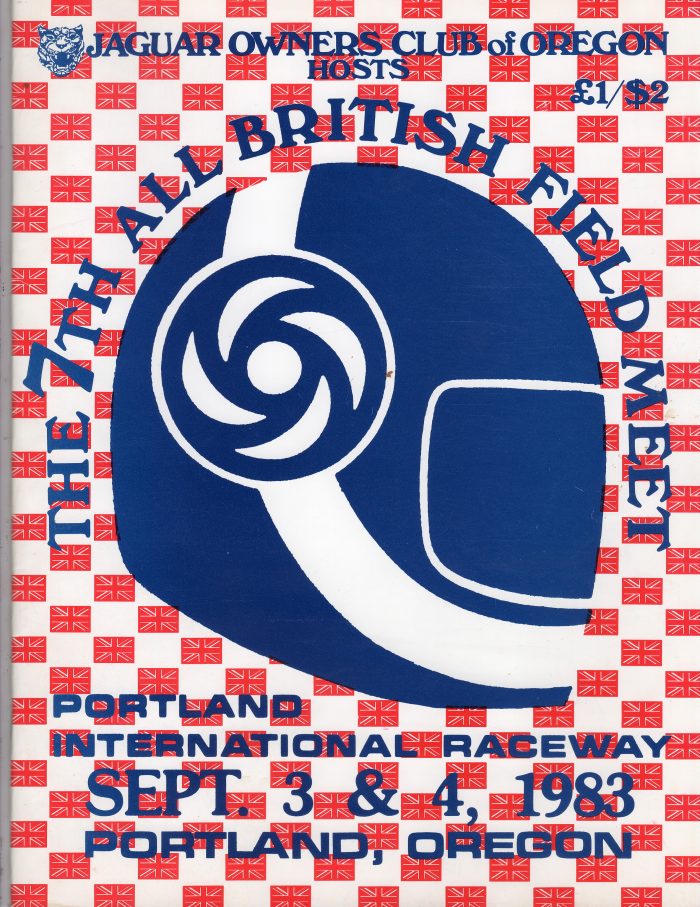 Cover of the 1983 Portland ABFM Program

In 1978, members of the local Jaguar Owners Club of Oregon—John Rollin, Al Hayward, and Barbara Grayson—took action on an idea first suggested by Jim Singmaster for an all-British car show, the very first Portland All British Field Meet. In 1980 Rollin accepted the role of chairman. In 1983 the event moved from Blue Lake Park to PIR. During Rollin’s tenure, the giant slalom, swap meet, and rally were added as part of a two-day event.

After 20 years, JOCO retired as the meet administrator. During the winter of 1996-97, Cam Sheahan, a JOCO member, approached the six biggest British car clubs in the area to see if there was sufficient interest in forming a corporation to continue the All British Field Meet. All six clubs enthusiastically agreed to participate and contribute equally to a startup fund. Bylaws were written and approved. In the meantime, Cam had put together a list of tasks required to make the event a reality (e.g., registration, awards, regalia, food, etc.). Each club chose tasks from the list. Thus the 21st ABFM (1997) was administered by the six-member clubs: Austin Healey Club of Oregon, Club ‘T’ MG, Columbia Gorge MGA Club, JOCO, Pacific Coast Rover Club, and Portland Triumph Owners Association.

In 1998 Bill Hite became chairman. In 2003, for the 27th ABFM, the Society of Vintage Racing Enthusiasts (SOVREN) teamed up with the ABFM to share the venue and some of the expenses.

In 2007 Oregon Mini Society joined as the seventh member of the corporation. Following the 2014 event, AHCO withdrew. In its place, a group of former AHCO members took over its responsibilities as Friends of the All British Field Meet.

In 2018 Bill Hite completed 20 years of organizing the ABFM. Bill turned the Chairman reigns to Oregon Mini Society President and board member Eric Newland. In the first year of Eric’s responsibilities, Eric partnered with MINI of Portland to sponsor all costs to bring Paddy Hopkirk of 1964 Monte Carlo Rally fame as the special guest of the 2019 ABFM saluting MINI. The 2019 event sold out the Saturday night Banquet. The 2019 event was also the first year that a featured marque partnered with SOVREN’s Columbia River Classic creating the 60th Anniversary Mini Race bringing 25 Race Mini’s from North America to the weekend event. 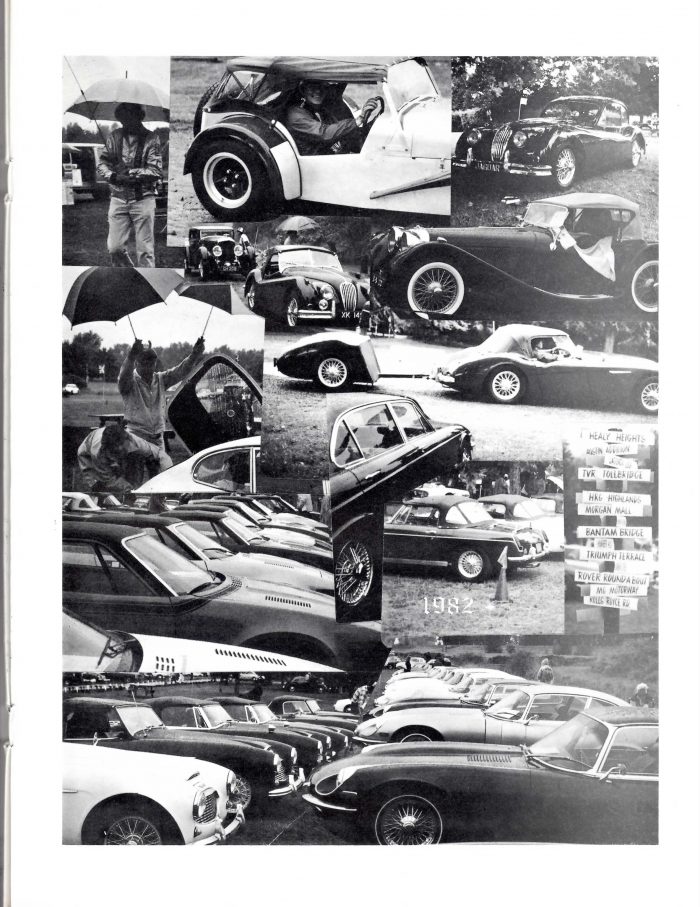 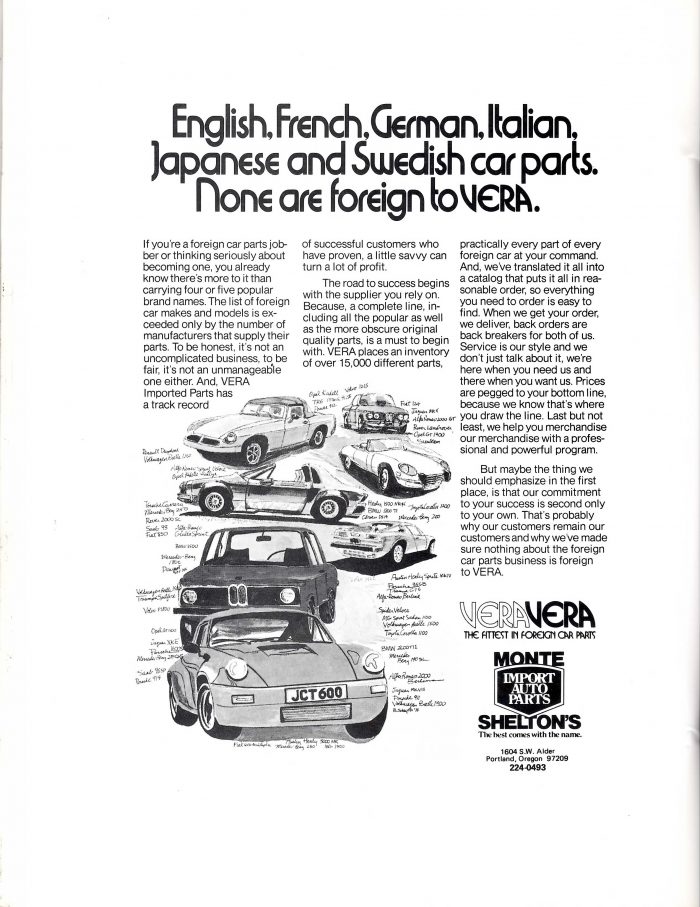 RIP Monte Shelton, one of the first ABFM supporters.

Today the All British Field Meet is not only the first but also the best. It is an entire weekend event that often draws as many as 800 cars and has grown to become the largest all British car show in the Americas.

The Triumph Motor Company was a British car and motor manufacturing company in the 19th and 20th centuries. The marque had its origins in 1885 when Siegfried Bettmann of Nuremberg formed S. Bettmann & Co. and started importing bicycles from Europe and selling them under his own trade name in London. The trade name became “Triumph” the following year, and in 1887 Bettmann was joined by a partner, Moritz Schulte, also from Germany. In 1889, the businessmen started producing their own bicycles in Coventry, England.
Triumph manufactured its first car in 1923 The company was acquired by Leyland Motors in 1960, ultimately becoming part of the giant conglomerate British Leyland (BL) in 1968, where the Triumph brand was absorbed into BL’s Specialist Division alongside former Leyland stablemates Rover and Jaguar. Triumph-badged vehicles were produced by BL until 1984 when the Triumph marque was retired, where it remained dormant under the auspices of BL’s successor company Rover Group. The rights to the Triumph marque are currently owned by BMW, who purchased the Rover Group in 1994.